DINOSAURS HAVE FEATHERS! Get over it!

While episode 4 of Primeval is about future beetles (so there is little for me to talk about), episode 3 included a Dromeosaur. Or was it? The model from an earlier episode had feathers, but this one they seemed to think: “Screw science, we’ve made so many mess ups we might as well go the whole hog”. 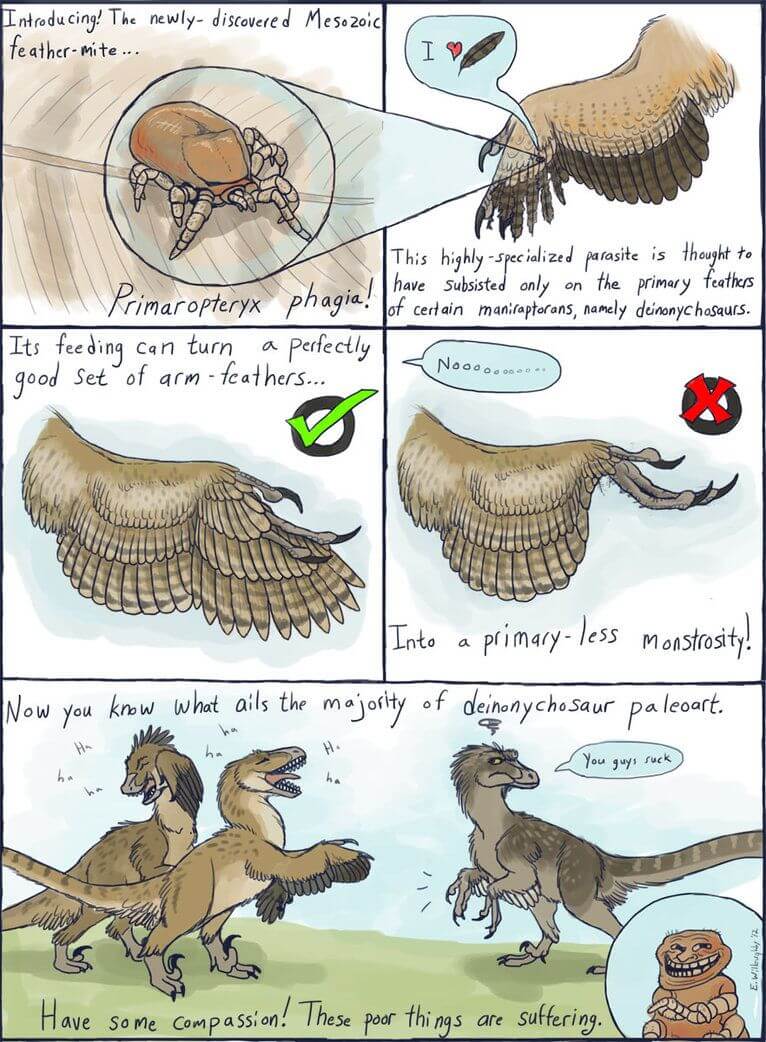 But even the feathered “raptors” were badly done, as this picture by Emily Willoughby  shows:

Yes, because some morons are showing OVIRAPTORIDS without feathers too! Oh yeah, we haven’t found a feathered Oviraptor so it OBVIOUSLY didn’t have feathers (note the sarcasm in italics), even though we have found its close cousins with them. The same goes to  Therizinosaurs and all other Maniraptorans, plus most baby Tetanurans (enter Sciurumimus) and Tyrannosaurs (Yutyrannus, Guanlong, Dilong). 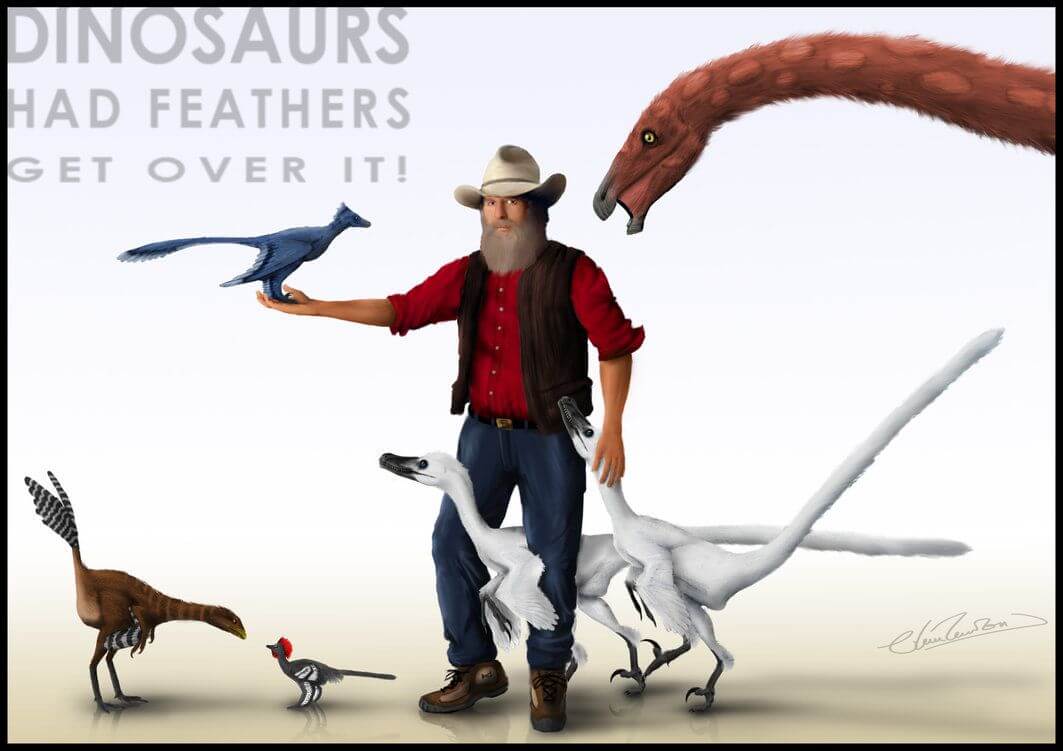 Picture above by Chris Masna of Rob Bakker, one of the first people to theorise that a Dromaeosaurs had feathers.

What annoys me is that there are many talented Paleo-artists and Amateur Palaeontologists and yet most “documentaries” and films use a slightly modified Jurassic park Raptor with some feathers glued on. To all documentary makers: Follow these rules: http://tomozaurus.deviantart.com/art/Common-errors-for-Velociraptor-178827028

Finally, I leave you with another of Chris’ work: 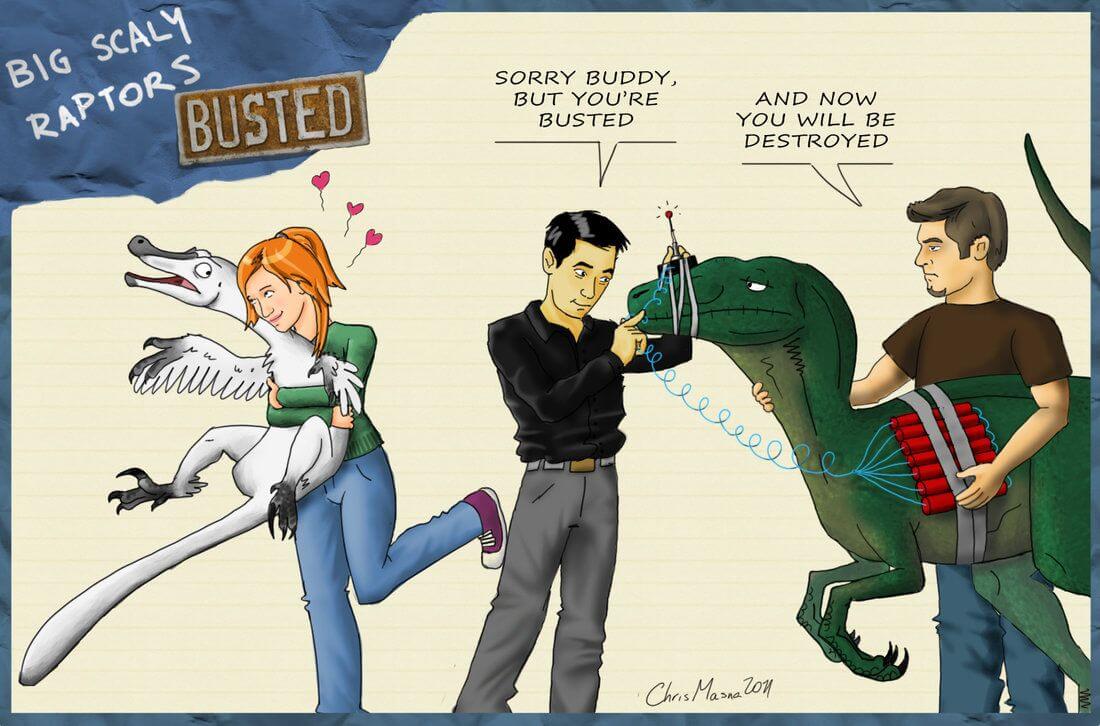 6 Responses to DINOSAURS HAVE FEATHERS! Get over it!