This year red nose day released 3 red noses, each in the style of a dinosaur. Here is the low down of what they actually are: 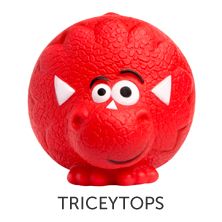 Triceytops is probably the most obvious of the three; she is a Triceratops prorsus. It is sub-adult, as its horns are not fully formed. It also has large frill epoccipitals, which also suggests that it is juvenile. Unfortunately the model lacks a beak, but its a red nose for goodness sake! 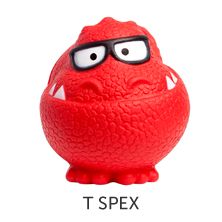 T spex is presumably based on a Tyrannosaurus rex. Its large size and sharp teeth support this, but that’s all. Unfortunately it lacks feathers and its lower jaw it lager than the upper jaw. 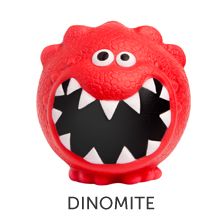 Good gracious, what on earth is this!!! It has the head of a theropod, bumps on its back and a head bellow the shoulder. He is said to be 70 million years old, which would suggest an Abelisaur. But to be honest, I don’t think the manufacturers had anything in mind!